Opinions, opinions and then some more opinions when it comes to desktop builds with AMD and Intel CPU's. Stepping away from the fray I would like to throw my 2 cents into the conversation as an end-user who pays for his hardware. Writing this article is based on end-user experience from a person who was listed as the world's most dangerous hacker using a Pentium II. To an advent gamer who racks up legendary scores in PvP games in over 2 decades of gaming, photoshop editing, and web design. At the end of the day, it is to you the reader and therefore end-user how to spend and what to spend your money on. This article is for the purpose of offering perspective backed up by experience from different angle stepping away from the fray.

Value is made up in 2 parts, the first is what a corporation would like to charge you for their product. This is effected by the bottom line, how much it costs to produce their product(s), their R&D expenses, PR and staffing costs. Part 2 is you the end-user, you decide how much value you want to attach to a product, the corporate PR tries to influence you. It is called Public Relations for a reason they are being paid to represent their product as best they can and might even lie. Always wise to cross-reference with multiple sources, people who are for and against but try to filter out the "fanboy" information. But at the end of the day you the end-user decides where to spend and how much you are willing to spend on a given product.

A bottleneck in your hardware is either the CPU or the GPU when it comes to gaming. In order to find what is your bottleneck run some benchmarks ingame and see what is maxing out first. Some games are more CPU intensive and some more GPU intensive, run different games to get an accurate picture. Then there is your screen, 1080p, 1440p and 4K those will also bottleneck different components. 1080p will always bottleneck the CPU and 4K will always bottleneck the GPU. Then there is a refresh rate, a 165hz screen is capable of displaying 165 FPS with the standard being 60hz on most screen. This ties into your screen resolution so when your CPU or GPU is getting bottlenecked at different resolutions. Other components such as the amount of RAM and what speeds and timings your RAM runs. Your storage solution also influences this, games on an SSD will have better loading times, lower latency over a regular hard drive.

Known for higher prices but the best clock speeds on their CPU's, the Intel premium as it is lovingly referred to. Intel has an overall dominance over the desktop, laptop and server market over AMD and you will see more Intel systems.
Their performance for high-end gaming/overclocking is somewhat hampered by using really bad paste between the chip and IHS. And not all Intel CPU's can be overclocked you will need a K variant such as an 8086K and a motherboard that has an overclocking chipset.

Mostly known for the value and not charging a premium for their product AMD is not known by many in the general public. They have a far smaller market share then Intel but are making a come back with their Ryzen and Thread Ripper CPU's.
All AMD chips are soldered so their thermal performance is much better may it be at lower clock speeds. The only motherboards from AMD that do not support overclocking are their low-end motherboard chipsets.

Most commonly referred to as the budget option AMD systems tend to cost less may it be at a small performance hit in gaming. With workstations and servers, they are however making waves with the Thread Ripper being on par with Intel in terms of performance. I am using a Ryzen 1600X that I used for gaming and now I am turning it into a NAS/Capture rig with NAS storage drives. It has lower operating voltage thus consumes less power and the motherboard chipset offers more PCIe lanes over Intel. This means you can run an m.2 C drive and 6 SATA drives with a GPU and a capture card without add-in cards. As mentioned above the CPU is bottlenecked at 1080p there for it is wise to use a 1440p screen with free-sync and an AMD GPU. The bottlenecked is now your GPU with free-sync on an AMD GPU smoothing out the frames per second. AMD GPU's are in general less expensive then NVIDIA and the Free-Sync monitors also charge no premium. Most people on a budget go for 1080p but that would as mentioned above bottleneck the CPU resulting in a lower FPS. In short, if you want high fps with high refresh rate Free Sync monitor but you are on a budget go AMD. 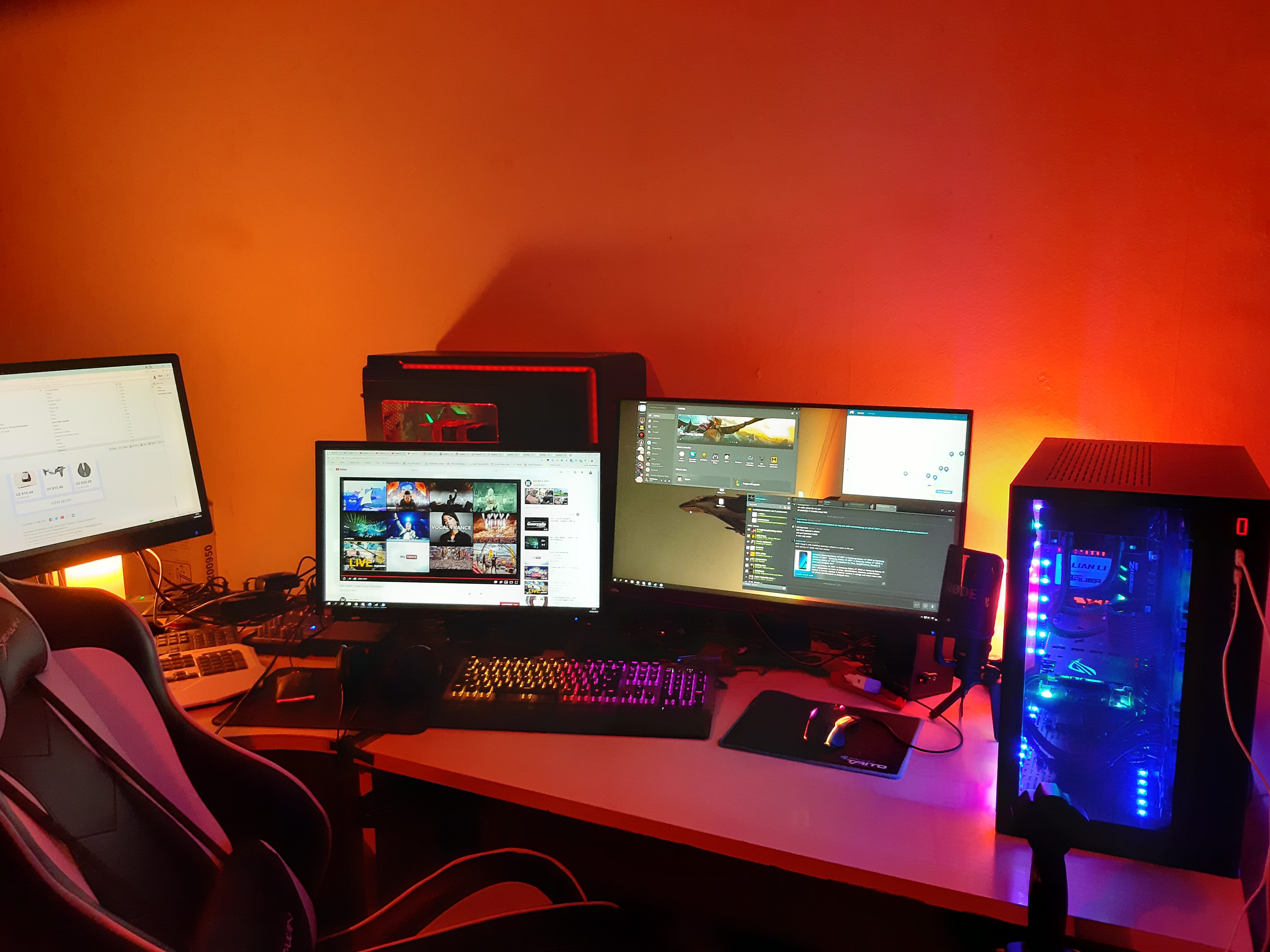 If you want the highest possible FPS at the highest possible refresh rate you will end up with an Intel CPU and Nvidia GPU. But this will come at the premium even more so in recent days of writing this article currently prices are inflated so you pay even more. As well as building a workstation, you also will pay this premium more performance at an exponential cost. Intel has the i5/i7/i9 as a mainstream CPU's and the Xeon and X series CPU's for workstations and servers. The main difference between mainstream vs professional in the number of PCIe lanes and RAM channel you have. Gaming on a highly competitive level is still best with Intel you will get the best FPS at the highest possible refresh rate. That said your GPU will be the bottleneck on 4k but most high-end gamers or streamers do not play on 4k due to the lack of FPS. 4k Gaming is becoming somewhat viable with the new 2080ti and the release of 4k high refresh rate monitors. But it will be at least 1 more generation of GPU architecture before 4k gaming on the highest level will be viable. And due to the fact the mainstream CPU's offer fewer PCIe lanes, you will not be able to connect as many devices to your motherboard. That said most gaming PC's use external storage, for the most part, may it be somewhat forced upon by Intel. Also to consider here is when using NVIDIA you cannot use Free-Sync you will be relegated to G-Sync that also comes with a premium. You can opt-in to use an AMD GPU and go for Free-Sync but at the current time, there aren't any real high-end AMD GPU's. For my end-user experience, I wanted the highest possible performance on my 1440p, 165hz Acer Predator monitor. Running on an overclocked 8086k/Z390 Motherboard, ASUS ROG 1080ti, 32GB of G.Skill DDR4 with Samsung 860 EVO SSD's. 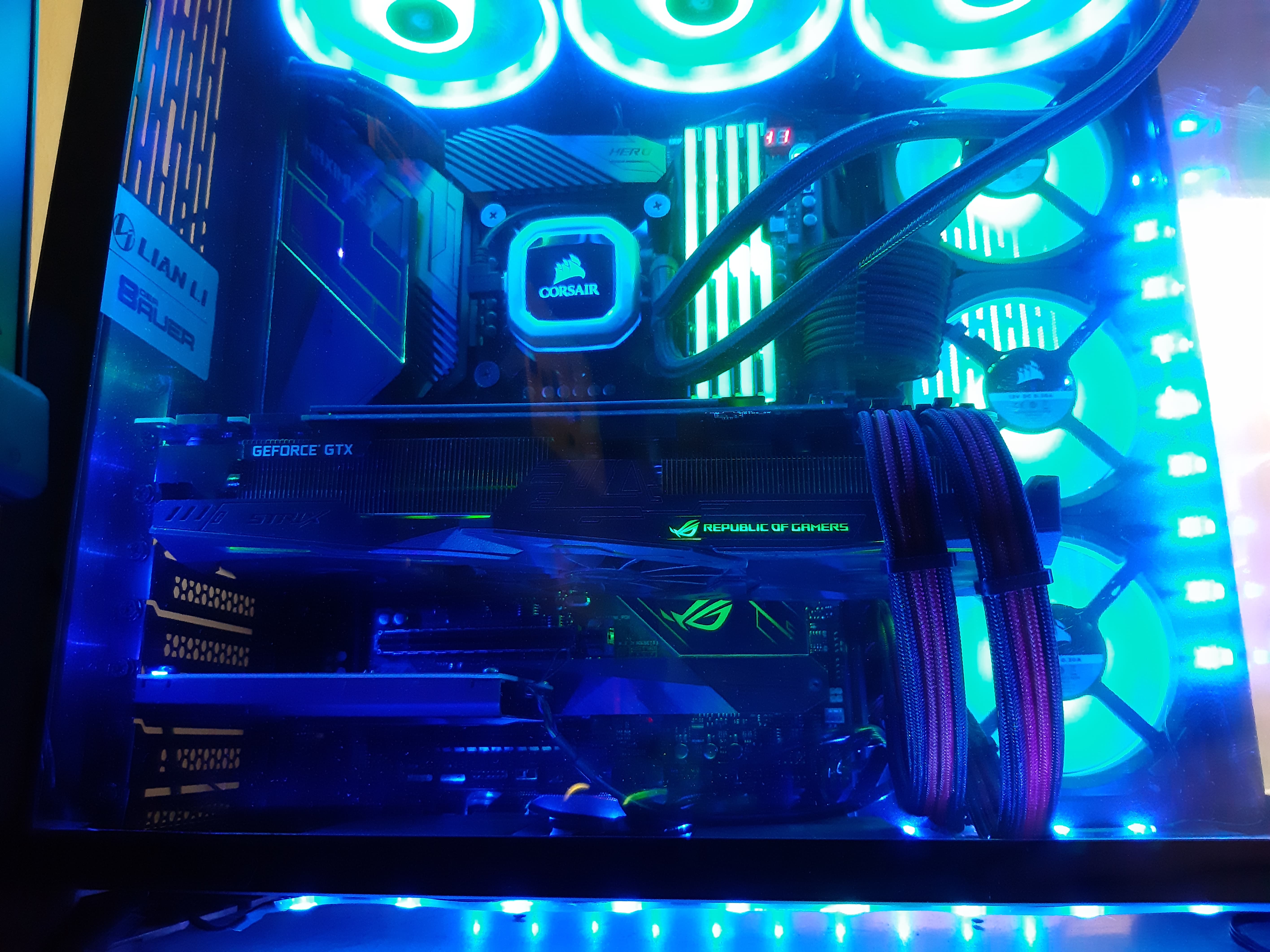 Intel and AMD are pretty much tied in the server and workstation market with AMD offering much sharper pricing for their products. For gaming, Intel is still king if you want the absolute max in frames per second paired with an Nvidia GPU.
AMD is a great budget option, from low end to mid-range builds that will game just fine at considerably less cost. it comes down to you the end-user where you want to spend your money and how much you wish to spend. But the market does need competition or prices will be inflated and performance gains will be far less. Therefore I step away from the fray and I buy AMD/Intel and Nvidia products when they are priced right for the right amount of performance.

Squad: A easy and detailed guide to FOB's

This is a detailed guide for Squad Leaders who desire correct FOB placement, many guides have been misleading and violate basic military principles. No, this guide

This is a guide to overclock the GeForce 1080ti from Nvidia. In this easy and comprehensive guide with pictures, the GPU clock speed, as well

We use cookies to ensure that we give you the best experience on our website.
I accept