Project Ghost, the road to my design, concept, and application.

Throughout the years when I first started using PhotoShop(PS) I did a wide range of designs for a range of games in terms of texture design it was back then at least very hard to find some decent camo you could use even if it was for a non-profit project. This pushed me towards making my own camouflage designs at the beginning trying to mimic historic WW2 camouflage. While I progressed I saw there was real science behind making camouflage, how it actually works and how it is applied.
Here the basic introduction to camouflage from Wikipedia without spending to much time on explaining the basics for those who are relatively new to the field of camouflage.

"Military camouflage is the use of camouflage by a military force to protect personnel and equipment from observation by enemy forces. In practice, this means applying colour and materials to the military equipment of all kinds, including vehicles, ships, aircraft, gun positions and battledress, either to conceal it from observation (crypsis) or to make it appear as something else (mimicry). The French slang word camouflage came into common English usage during World War I when the concept of visual deception developed into an essential part of modern military tactics. In that war, long-range artillery and observation from the air combined to expand the field of fire, and camouflage was widely used to decrease the danger of being targeted or to enable surprise. As such, military camouflage is a form of military deception."

The road to my design:

After spending countless hours making as mentioned above historical accurate camouflage my designs and doodles turned into a new range of camouflage I wanted to use for a project that did not mandate any historic pattern design so I was free to compose as I wished. First I spend hours reading up and looking at other camouflage and the concepts behind them, such as RoggenWolf. As time went by I saw there was something missing in the current day camouflage projects that however good some were there was none that almost absolutely concealment of the user at very close ranges. I also found out more and more about the science of making camouflage and combining all the years of concept designs and trails to compose my own.

Without giving away to much of the secret it is, after all, a proprietary design/technique the idea is to break up and conceal the user by playing tricks on the eye without giving an obvious effect to the eyes that are searching for a target.
While maintaining long distance camouflage thus the user is concealed on all ranges without compromise. This range of camouflage is also tiled seamlessly so it can be applied to almost any object that needs camouflage. In short, my design breaks up the silhouette of the user while also making it hard for the enemy to actually see and make up a silhouette. The effect has to be subtle not giving away to the user by giving an obvious effect to the enemy eyes while being substantial enough to be effective at close to mid range and remaining effective at long range by breaking up the silhouette.All eyes are inherent to see detail at greater ranges, while using optical magnification negates that, the same principle applies to optical magnification as it were for close range observation.

The main goal for this range of camouflage would by special forces that refrain from combat but are there to observe and must remain undetected. While it could be rolled out as generic Armed Forces wide camouflage the intent of the design is stealth and remaining concealed at all ranges. It can be used for clothing, whole vehicles, observation posts/tents where the materials allow it to be applied. Some surfaces are harder to paint than others but in general, there would be no limit to where it could be applied.

As it stands the concealment in some basics tests is excellent that the user remains concealed and you literary have to trip over the user to be detected, this can be groundbreaking for future camouflage designs. Some attempts have been made to copy my design/technique, therefore, I am hesitant to show to much. I will release some samples of alpha iteration of my design I even used some of these in World of Tank skins.
View my gallery: Project Ghost Gallery 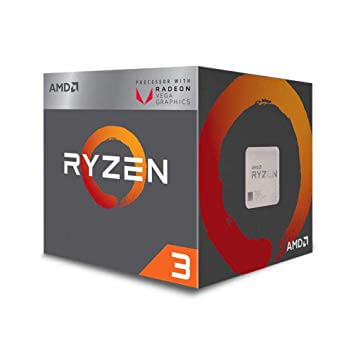