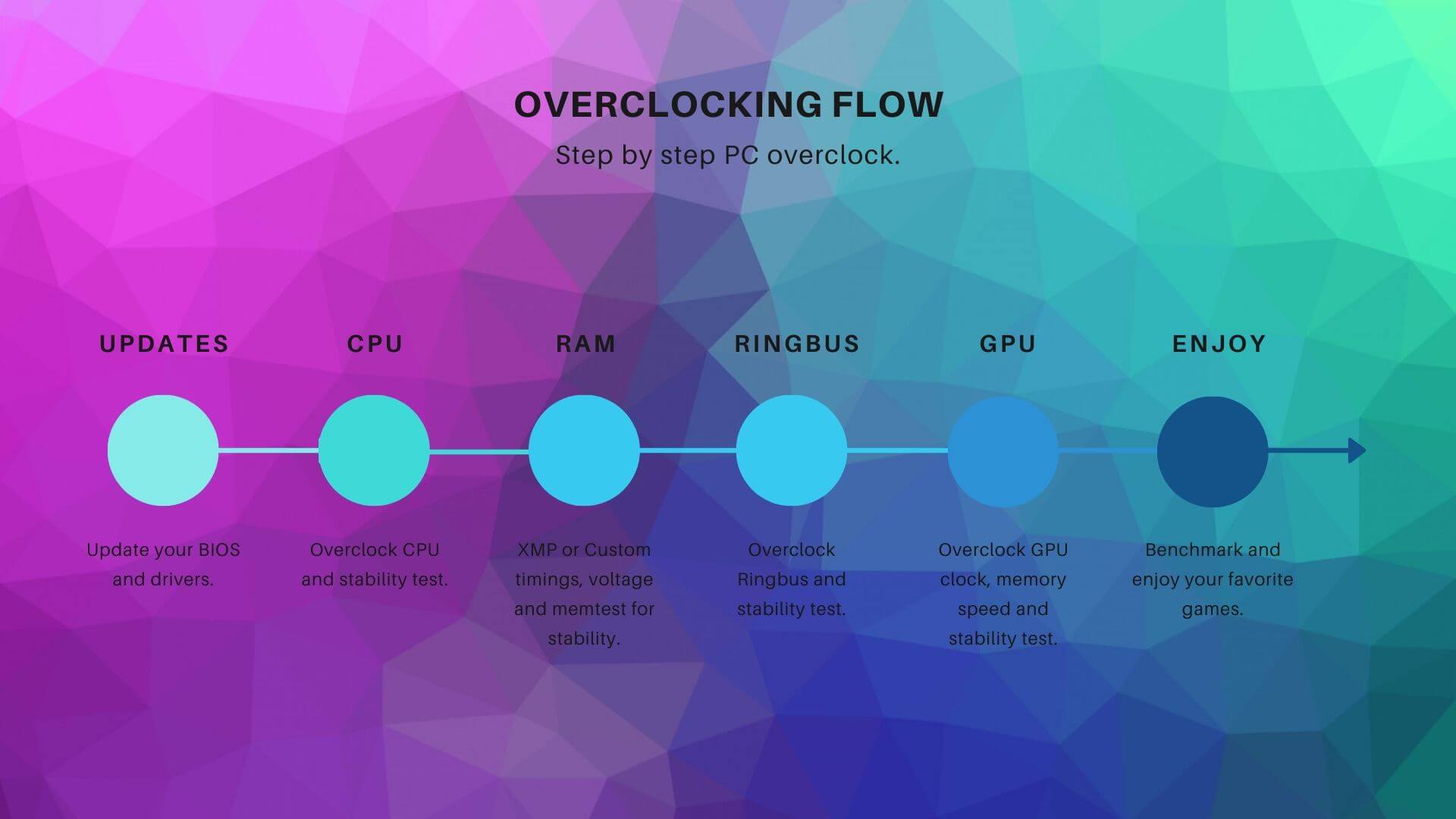 This FAQ will answer the most common questions when overclocking Intel CPUs. This will cover Intel-based CPU's over about a decade. For the most part, the same as with the AMD overclocking FAQ but naming convections might be different as well as a difference in the feature set you can find in the BIOS.

What is a VRM?

VRM stands for Voltage Regulator Module and is located close to the CPU socket to provide a reliable and clean power supply. The VRM regulates the power from the PSU. In overclocking you modify BIOS settings to instruct the VRM for increased performance at the expense of increased heat output. Motherboards for overclocking come with a high-quality VRM that uses better components. But a VRM always consists of MOSFET's, Chokes, Capacitors, and a PWM Controller. The IC(Integrated Circuit)is there to control and regulate those components.

What is CPU Power Management Control?

These are Power settings that can be set through the BIOS and might different per motherboard vendor.

Power settings for the CPU with the standard set by Intel and depending on your motherboard quality may be adjusted to higher settings at the expense of increased power consumption and heat.

What is Digi+ Power Control?

ASUS centric naming convention for a set of controllers for overclocking PC components through software and BIOS.

What is CPU Load Line Calibration?

What is CPU Current Capability?

What is CPU VRM Switching Frequency?

What is CPU Power Duty Control?

What is CPU Power Phase Control?

What is CPU VRM Thermal Control?

This setting will impact the VRM based on temperatures and will throttle the CPU if the VRM gets too hot. To prevent throttling ensure you have airflow over the VRM heatsinks. Changing this setting to extreme allows for a greater thermal headroom when overlocking.

Ringbus or also referred to Ring Ratio is the internal CPU infrastructure that connects all the CPU cores, memory controller, system agent, IGPU, etc. Another naming convection is the uncore as in not the CPU core(s). Overclocking the Ringbus will result in a faster internal CPU data transfer but can lead to instability. An ideal Ringbus overclock is 1:1 with the CPU Core Ratio thus a 5.0Ghz(50.00 CPU Core Ratio). But in general, for stability, it is best to stay around 500Mhz of the Core Ratio. So a 5.0Ghz CPU overclock the Ringbus ideally should run at a Ringbus Ratio of 45(4.5Ghz). Ringbus OC is best served after overclocking your CPU and RAM for stability reasons. And the most gains will be in memory latency thus overclocking. 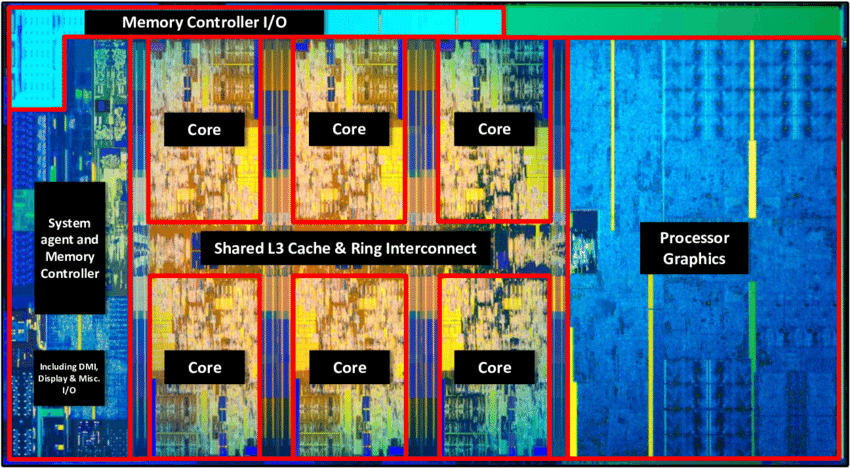 This value sets the time a CPU may run under load at the max possible boost frequency. When overclocking this value needs to be set at the highest possible value to maintain an overclock. This value is in watts and serves as a form of protection when overclocking. This value differs per CPU architecture and you can simply enter 9999 to automatically set the max Long Duration Package Power Limit. 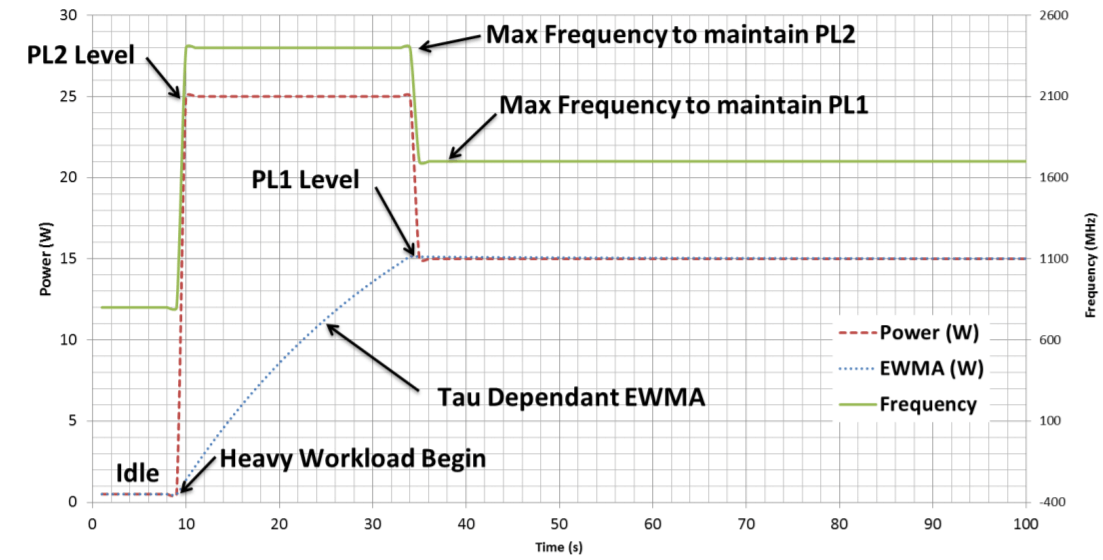 What is Package Power Time Window?

This value is a time value in seconds that will impact how long a CPU can operate above TDP under load but below Long Duration Package Power Limit. Finding the maximum value simply enter 9999 and the highest possible value will be set automatically.

Sets a value in watts for the absolute highest power consumption for a short duration to compensate for Vdroop under extreme loads combined with LLC but is internal to the CPU whereas LLC is handled by the IC of the VRM. Settings this value to the maximum can easily be done by entering 9999 and it will automatically set the maximum value.

AVX is an instruction set used for certain workloads like video encoding. This instruction set is much more demanding and will in the case of overclocking generate more heat. To prevent instability or thermal throttling an AVX offset might be applied through the BIOS. Normal AVX offset is -1 or -2 so if a CPU is overclocked to 5.0Ghz but runs an AVX workload is will downclock the CPU to 4.8Ghz with an AVX offset of -2.

What is BCLK Frequency?

This allows the base frequency of 100 to be adjusted through the BIOS. Changing the BCLK frequency impacts all domains(core & uncore) of the CPU and rarely needs adjustments.

What is CPU Core Ratio?

Cpu Core Ratio can on some motherboards be set per CPU core or synced on all CPU Cores. Sets the clock rate of your CPU by a factor of 10X. So a CPU Core Ratio of 50.00 will multiply the BCLK Frequency with a base value of 100 to 5,0Ghz.

What is CPU/Cache Voltage Override?

Sets the voltage for your CPU and Ringbus on a 1:1 ratio, depending on your motherboard you can either enter a manual value of an offset value. So a manual value of 1.4000 will set the CPU voltage to 1.4 volts using the manual setting.

What is CPU VCCIO Voltage?

This voltage primarily is used when overclocking DRAM. And regulates the rail to the IO receivers in an Intel CPU. Adjusting this voltage may help with stability when overclocking your Ringbus and DRAM. In some cases such as the only CPU overclocking with the RAM XMP profile, a lower voltage might be applied to lower the overall heat output of a CPU.

What is the CPU System Agent Voltage?

This voltage is mainly used for DRAM overclocking and regulates the IO between CPU cores and the uncore. This voltage can be adjusted when the CPU has a weaker memory controller then normal and using a high-speed DRAM kit to gain stability.

What is DRAM Voltage?

Is the voltage supply to your RAM aka Memory sticks, increasing the DRAM voltage will allow your RAM to run at a higher frequency at times without changing the DRAM Timings but will increase heat output.

What is CPU C-States?

This sets the idle states of a CPU when it is not executing commands there a various C-States and serve as a power-saving function. For overclocking this should be turned off since you want maximum performance at the expense of increased power consumption and helps with keeping a stable overclock.

Squad: A easy and detailed guide to FOB's

This is a detailed guide for Squad Leaders who desire correct FOB placement, many guides have been misleading and violate basic military principles. No, this guide

This is a guide to overclock the GeForce 1080ti from Nvidia. In this easy and comprehensive guide with pictures, the GPU clock speed, as well

We use cookies to ensure that we give you the best experience on our website.
I accept